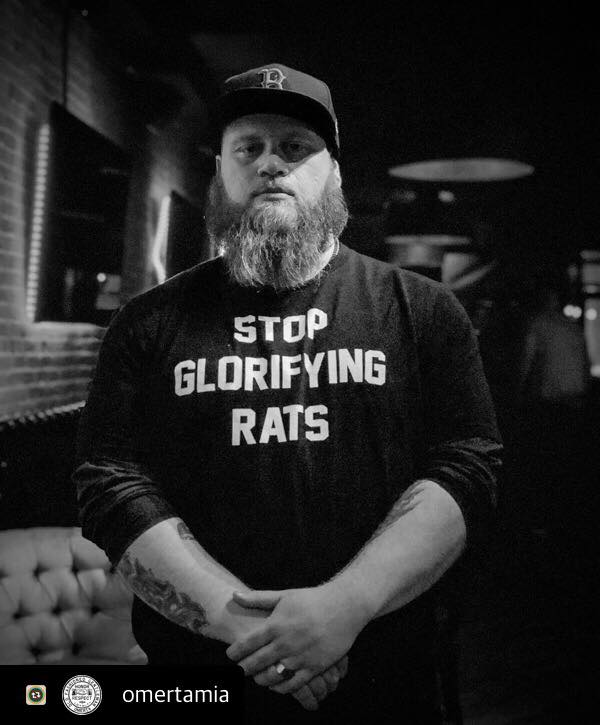 OOO: How did you get the name ‘LORDWILLIN’?
LW: “I stole the name from the Clipse album ” Lord Willin'”, haha, na I’m not really sure to be honest, it just came to me one day, I was kind of going through a weird religious phase in my life & I think I heard someone use the term ” Lord Willin'” and it just clicked. I was having trouble coming up with a stage name because the one I used prior was taken already and someone had told me, one day it will just come to you and it did. Oh and ” Lord Willin” by the Clipse is a dope album.”

OOO: What did you listen to growing up?

LW: “My earliest introduction to music pretty much came from my father who worked in the concert business for a while. He played alot of classic rock, jazz & R&B. Probably around age 7 or 8, I really discovered Hip Hop & pretty much became obsessed with it. I also always listened to rock, at the time probably more alternative & heavy metal. As I got older I discovered Punk and Hardcore and really related and found a home there. I feel like Hip Hop went down a strange path that I didn’t like so much and Punk and Hardcore still kept it ” real”. My influences range from Wu Tang Clan to Jimi Hendrix to Agnostic Front to Rage Against The Machine to Bad Brains to Nas to Johnny Cash and you get the point, I listen to a wide variety of music. I’d like to start a band one day & do all kinds of crazy shit, haha.”

OOO: What is in your deck or on your mp3 player now?

LW: “Like I stayed in my last answer, I have a wide variety of musical taste. My IPOD is filled with all different kinds of music, everything from Roni Size to Madball to Slaughterhouse to Public Enemy to Slayer and beyond. I love all kinds of music. I used to hate country because I thought it was all corny pop nonsense but I recently really got into the REAL COUNTRY music, outlaw country, the real shit, Waylon Jennings, Willie Nelson, Hank Williams etc. Im a weirdo but Im also pretty selective with what I listen to these days, alot of new music sucks. “

OOO: What are your musical and non-musical influences?
LW: “Shit, if I were to list my musical influences, it would probably take up half the magazine. Let’s just say I love music that I can relate to, that keeps it true so to speak, that talks about real life & real issues, that’s clever & creative, so NOT MUSIC THAT’S POPULAR , for the most part. As far as non musical, i’d like to cite Bruce Lee, Hunter S.Thompson , George Carlin & real gangsters , hooligans, revolutionaries, authors, and rebels. Gary Busey is a cool motherfucker to. “

OOO: What is the general message that you are trying to convey with your music?
LW: “That I am completely and utterly out of my mind and I should probably be locked away in a maximum security padded room in Siberia.”

OOO: How did you get to where you are today in your career?

LW: “I’d like to say hard work, determination, loyalty blah blah blah, but really there’s just no way I could live a ” normal” life. Music is for me, it’s a struggle, you have to sacrifice a lot such as a ” normal” life and certainly you lose good deal of sleep & sanity but I love music and i think Im pretty good at it and hopefully it all pays off in the end. If not, you may see me in the UFC or on America’s Most Wanted.”

OOO: What is your standpoint on music downloading?
LW: “Fuck it, I haven’t copped an album in a while, so much wack music is coming out these days, even from your favorite artists, so sometimes it’s safer to download an album, haha, na but I think it’s a good & bad thing, I used to LOVE buying music, reading the inserts & credits, looking at the cd, not so much anymore but the artists do need support & if it’s an artist I truly respect & are a fan of, I purchase album. I used to buy everything because I just wanted more & more for my collection, but that’s slowed way down, plus im broke, so more than likely if you see me with a new cd, it’s stolen.”

OOO: What projects are you currently working on?

LW: “I always have a ton of music in the works. Right now I am focused on an E.P. for Ill Roc Records, Ezec what’s up brother! I also have a new mixtape in the works & a project with U.K. DJ & Producer Billy Whizz which is going to be crazy and blow a lot of people’s minds, that might be my sell out shit, haha. I am constantly coming up with new ideas so Im sure I will have other projects in the works very soon, that’s all apart of being a creative artist & knowing in order to stay relevant that you have to keep making music. Like I mentioned earlier, i’d like to start a band on some Hardcore, Punk, Hip Hop, Funk, Jazz, Southern Rock, Metal crazy shit, so any musicians reading & interested, get at me! Also my Ill Roc Records street CD ” Escape From Rhode Island” is out now on Itunes & I have a free compilation for download called ” The Ski Mask Monk Chronicles” available on HipHopIsAwol.com, shout out to First Son Records. follow me on twitter @ LordWllin00.”

OOO: What sorts of projects would you like to be a part of in the future?
LW: “Some sort of crazy band & a duet album with Michael McDonald.”

OOO: Have you ever been ‘Starstruck’?

LW: “No but if I met Gary Busey I’d be star struck. Fuck celebrities, haha.”