This photo really brought it home.

According to The Pulse Of Radio, rock artists responded on Monday (November 12) to the death of Marvel Comics legend Stan Lee, who passed away that morning at the age of 95 after being rushed to Cedars-Sinai Medical Center in Los Angeles.

Lee was born as Stanley Lieber in Manhattan on December 28, 1922. He went to work as a teenager at Timely Comics, the forerunner of what briefly became Atlas Comics and then Marvel. Working his way up to editor and writer, Lee and artist Jack Kirby changed the face of comics and pop culture forever in 1961 when they created the superhero team The Fantastic Four.

From that point on, Lee — along with Kirby and other artists like Steve Ditko — launched one iconic character after another, including Iron Man, Thor, Spider-Man, the Hulk, the Avengers, the X-Men, Daredevil, Black Panther, Doctor Strange and many more, all existing together in a shared universe that became known as the Marvel Universe. The comics, books, movies, games and TV shows that have sprung from the work done by Lee, Kirby and others are now the basis of a multi-billion-dollar multi-media empire owned by Disney.

Lee‘s characters were groundbreaking in that they were flawed, vulnerable and insecure, subject to family fights, financial difficulties and other normal human problems and issues. The stories also addressed concerns of their times such as racism and war.

Many rock musicians were inspired by Lee‘s stories and characters. Rob Zombie wrote, “Marvel comics was one of the best things I remember about being a kid. Thanks for everything. What would we have done without you?”

Alice Cooper said in a statement on his Facebook page: “Apart from being a hero in the comic world, Stan was so much fun to be around. He had a regal air about him. He was gracious to his fans too – he knew who he was to people and seemed to love every minute of it. Of course MY absolute favorite thing about Stan Lee is that when he had me drawn for the comics, it was with great abs. Thanks for that Stan!”

METALLICA guitarist Kirk Hammett offered, “Stan Lee was a visionary and a pioneer. I owe a lot to him for personally shaping my childhood fantasy worlds, my appreciation for art on all levels, & for teaching me humanness and humility through his wonderfully insightful stories.”

Gene Simmons of KISS, which was the subject of its own Marvel comic book in 1977, wrote, “Thank you for making my childhood so much more exciting with your astonishing superhero characters. Thank you for inspiring me to think and dream big. Thank you for the Hulk, Thor, Fantastic Four and many others. You will be sadly missed.”

Lee had been ill in recent years and lost his wife of 69 years, Joan, in July 2017. He is survived by a daughter, Joan “J.C.” Lee, along with the universe, characters and stories that will endure for generations to come.

To Stan Lee: Thank you for making my childhood so much more exciting with your astonishing superhero characters. Thank you for inspiring me to think and dream big. Thank you for the Hulk, Thor, Fantastic Four and many others. You will be sadly missed. RIP.

3,560 people are talking about this 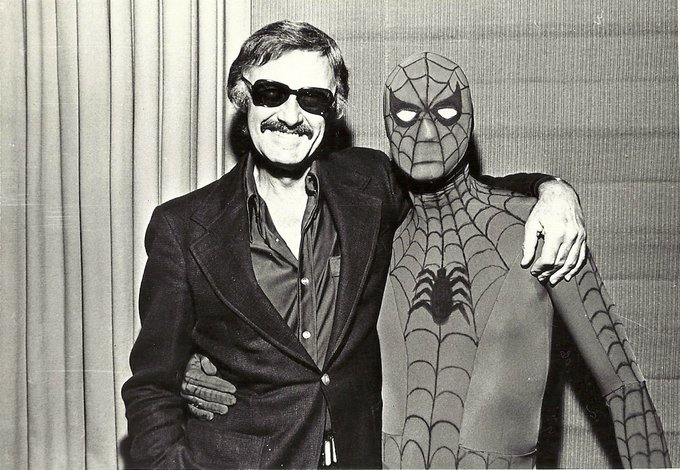 Stan Lee was a visionary and a pioneer. I owe a lot to him for personally shaping my childhood fantasy worlds, my appreciation for art on all levels, & for teaching me humanness and humility through his wonderfully insightful stories. He will be missed. Long Live FOOM !

1,592 people are talking about this

Heartbroken.
Thank you for making me believe in heroes.#RIPStanLee

868 people are talking about this

BREAKING: Stan Lee has died at the age of 95. http://go.ign.com/zwn1JJX 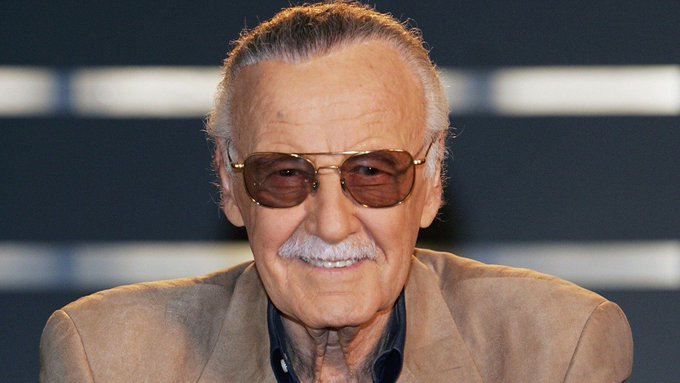 23 people are talking about this

Just got news that Stan Lee has died.
No Words.
Condolences to all the @Marvel True Believers
‘Nuff Said!
Rest In The Power Cosmic !

28 people are talking about this

Stan Lee was one of the architects of our childhoods. What he & his band of astounding co-creators did was incalculable. Peter Parker & Spider-Man were THERE for US. If you are a Comic Book Person – the passing of An Age Is Upon Us. It might not be Ragnarok… but it’s CLOSE!

Comics and music have both been such a positive influence in my life. Hard to comprehend that such a significant creative force in one is gone now 😦 I thought losing Jack Kirby hurt.

63 people are talking about this

There’s not gonna be a dry eye in the house when his Avengers 4 cameo comes up. 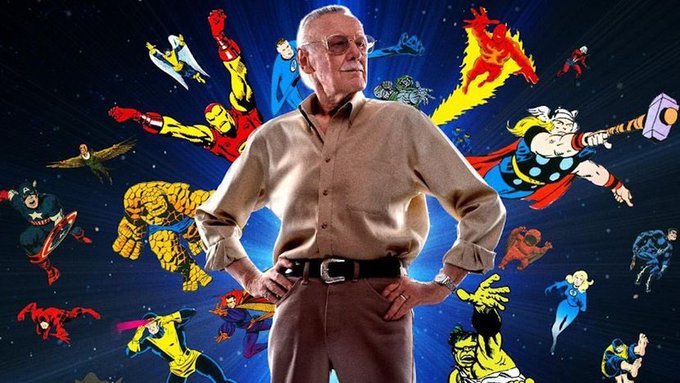 From every comic book nerd like myself to movie goers around the globe, thank you #stanlee for all the fantasy, adventure and hope you provided for decades!!

30 people are talking about this

Bring Me The Horizon

stan lee , you will be missed.

3,539 people are talking about this

Sad to hear about the passing of Stan Lee. Not only was he instrumental in creating some of the most iconic & influential characters in the American literary canon, he seemed to be a genuinely kind, decent & caring person & that above all else is the greatest “super power.” RIP

1,661 people are talking about this

(IN COLLABORATION WITH BlABBERMOUTH.NET ARTICLE)