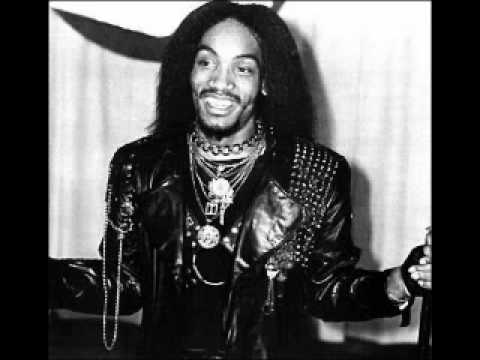 Read this, re-read this and read it 10 more times.  Let it sink in how truly timeless and how true these words still are!  Heavy shit man!

Beat Street
The king of the beat
You see him rocking that beat from across the street
And Huh Huh!
Beat Street is a lesson too, because you can’t let the Streets beat you!

Well a picture can express a thousand words to describe all the beauty of life you give
And if the world was yours to do over, I know you’d paint a better place to live
Where the colours would swirl and the boys and girls can grow in peace and harmony
And where murals stand on walls so grand as far as the eyes are able to see, Ha!
I never knew art til I saw your face and there’ll never be one to take your place
‘Cause each and every time you touch the spray paint can
Michelangelo’s soul controls your hand
Then serenades of blue and red and the beauty of the rainbow fills your head
Crescendo of colours hang in tune, Man why oh why d’ya have to die so soon?
Ashes to ashes and dust to dust, where the good die young it’s all thy must
‘Cause as life must live, death must die and the tear shall fall from the living eye, Huh!
The teardrops fall for the state of mind of the beautiful lady that you left behind
In love and alone, but now you’re dead, and she still can’t get you out of her head, Huh!
More tears fall for all you’ve done, trying to be a good father to your only son
But now who’s gonna make sure that he’s fed, put a shirt on his back and a roof overhead?
Tell me who’s gonna dream the impossible dream of the beautiful cities in the islands genes?
When your works of art brought into being all that the ghetto stopped you from seeing
Bums on the sidewalk, garbage in the streets, abandoned buildings, bricks of concrete
The ladies on the corner are selling their bodies, and everybody wants a part in that party
I’m hanging out tough, rocking late at night, running wild in the town of the neon light
You either play some ball or stand in the hall Huh!
You gotta make something outta nothing at all
I’m sitting in the classroom learning the rules and it says you can’t do graffiti in school
They can’t be wrong in the hallowed hall, so my notebook turned into a brick wall
The heart of a lion and the courage of three, and the mind of a man much wiser than me
You’re the soul of the brother who won’t come back
Who died in my arms on the railroad track
‘Cause I’m caught in the rat race, looking for my own space
There’s gotta be a better place for you and me
There’s pie in the sky, and an eye for an eye
Some people gotta die just to be free
You search for justice and what do you find?
You find just us on the unemployment line
You find just us sweating from dawn to dusk
There’s no justice, there’s Huh, just us, Ha!
Still life urban masterpiece, your trademark was written on trains and walls
A million dollar gift only God released, and yet you got killed for nothing at all
So after this there’ll be no more hard times, no more bad times and no more pain
No more chump change, none of that bull
Just movies, museums and the hall of fame
So all you Hip Hops get on up, and let’s take it to the top where we belong
‘Cause the age of the Beat Street wave is here
Everybody let’s sing along, now c’mon, say ‘Ho!’ (‘Ho!’), Say ‘Ho!’ (‘Ho!’)
And to let me know I’m rocking the microphone everybody say ‘Ramo!’ (‘Ramo!’)
‘Ramo!’ (‘Ramo!’)
Raah!

A newspaper burns in the sand, and the headlines say ‘Man destroys Man!’
Extra! Extra! Read all the bad news on the war for peace that everybody would lose
The rise and fall, the last great empire, the sound of the whole world caught on fire
The ruthless struggle, the desperate gamble
The game that left the whole world in shambles
The cheats, the lies, the alibis
And the foolish attempt to conquer the skies
Lost in space, and what is it worth, huh?
The president just forgot about Earth
Spending multi billions, and maybe even trillions
The cost of weapons ran into zillions
There’s gold in the street, and diamonds under feet
And the children in Africa don’t even eat
Flies on their faces, they’re living like mice
And the houses even make the ghetto look nice, Huh!
The water tastes funny, it’s forever too sunny
And they work all month and don’t make no money
A fight for power, a nuclear shower
And people shout out in the darkest hour
Of sights unseen and voices unheard
And finally the bomb gets the last word
Christians killed Muslims, and Germans killed Jews
And everybody’s bodies are used and abused, Huh!
Minds are poisoned and souls are polluted
Superiority complex is deep rooted
Leeches and lice’s, and people got prices
Egomaniacs control the self-righteous
Nothing is sacred and nothing is pure
So the revelation of death is our cure
Hitler and Caesar, Custer and Reagan
Napoleon, Castro, Mussolini and Begin
Ghengis Khan and the Shah of Iran
Mixed with the blood of the weaker man
The peoples in terror, the leaders made the error
And now they can’t even look in the mirror
‘Cause we gotta suffer while things get rougher
And that’s the reason why we got to get tougher
To learn from the past and work for the future
And don’t be a slave to no computer
‘Cause the Children of Man inherits the land
And the future of the world is in your hands
So just throw your hands in the air
And wave ’em like you just don’t care
And if you believe that you’re the future
Scream it out and say ‘Oh yeah!’ (‘Oh yeah!’)
‘Oh yeah!’ (‘Oh yeah!’)
Raah!