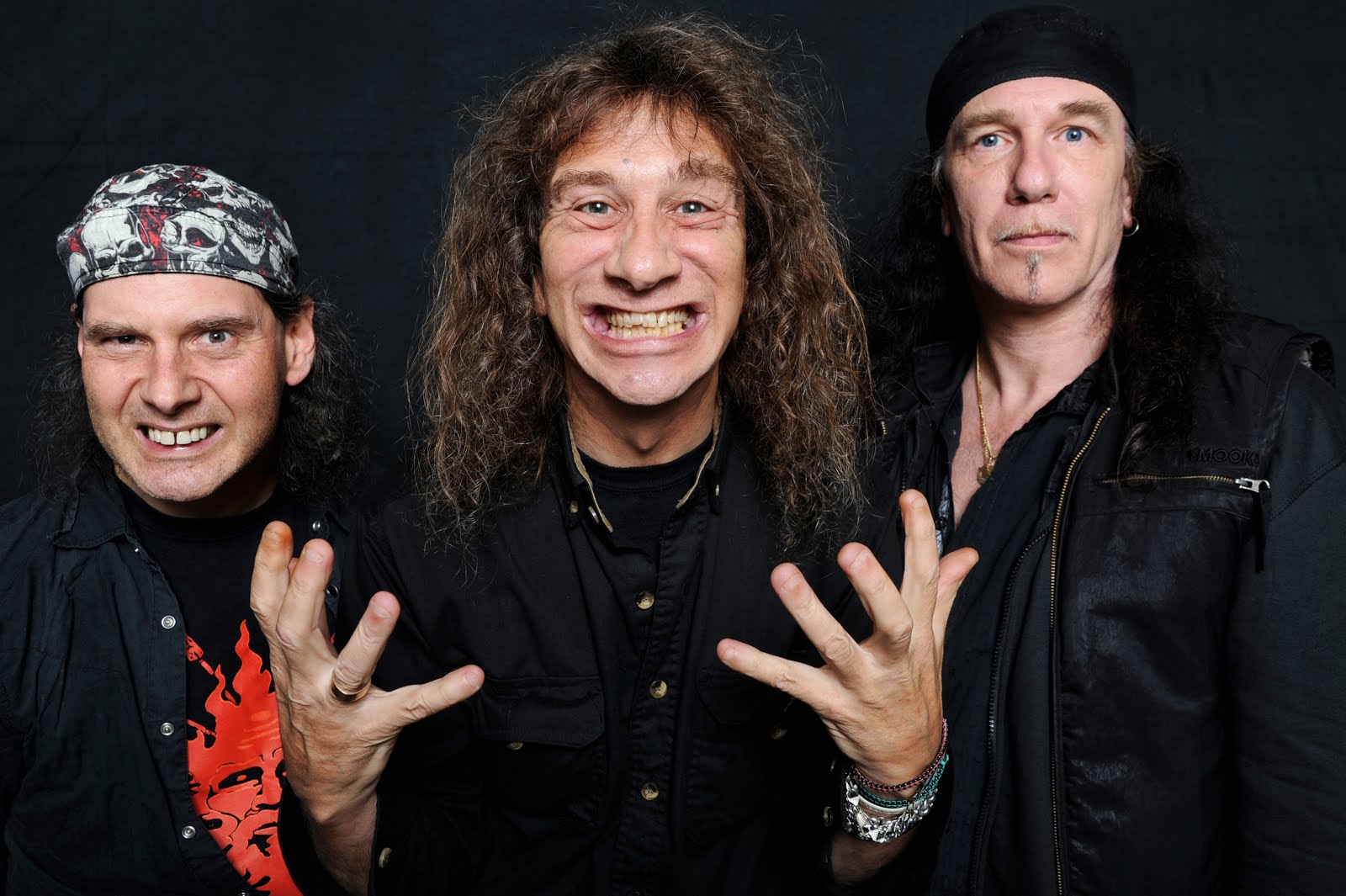 Canadian metal legends ANVIL will enter Soundlodge studios in Rhauderfehn in the northwest of Germany in October to begin recording their new album for a 2020 release. Speaking about the new disc’s musical direction, drummer Robb Reiner told The Metal Voice (see video below: “It’s just a continuation of what we’ve been doing for the last four or five years, really. Some very powerful riffs. It’s gonna be more smashing, crushing ANVIL.”

Added guitarist/vocalist Steve “Lips” Kudlow: “Of course, it’s all fresh and new, but the roots are still very much ourselves. Everybody who liked us before is gonna like us still, and people who didn’t like us are still not gonna like us. Ultimately, that’s where it’s gonna sit, ’cause I am not gonna tailor my music and my songs to the people that don’t like us and hope that they will. I’m gonna do the exact opposite. The people that love us, they wanna hear specific kind of tempos and riffs, and I look for those things, ’cause it’s really my vocabulary, and I’m gonna continue with that — with new subjects and new things to sing about.”

He continued: “I think that this album has some of the best slow pounders and some of the best fast stuff that we’ve ever done. You’re trying to be different ’cause you don’t want it to be exactly the same, ’cause then you’re just repeating yourself — you’re not being creative.”

During the same chat, Kudlow and Reiner also revealed that ANVIL has inked a new record deal for the release of the upcoming album.

“Everything is gonna be fresh and new and off to a new start,” Lips said. “And I think it will be a better start. I’m anticipating it to be a much better start. All this stuff that’s attached to our management, including our production team — all that was connected. The only thing that wasn’t connected was the record deal, and now I would say that it’s more in line with who our management is used to dealing with. That’s a better place to be. Now everything is in the same camp.”

ANVIL, a Toronto-based group, was formed in 1978 by childhood friends Kudlow and Reiner. Both came from Jewish families and had been playing music together since their teens. ANVILis considered to have been an influence on many metal bands, including METALLICA, MEGADETH, SLAYER and ANTHRAX.

ANVIL gained popularity and new fans since the 2008 theatrical documentary, “Anvil: The Story Of Anvil”, which is currently available on Netflix.